Im currently in the middle of two weeks off from work, last week me and my other half went away to Edinburgh for a bit of a break. We flew up which meant I got on a plane for the first time in over 10 years, stayed in a hotel that was in the building that the writer of Sherlock Holmes lived, did the usual touristy thing, and eat out far more than was healthy (including one £70 meal in a very posh restaurant, which was lovely).

While we did have a good time, I did find that if history isnt your thing (which it isnt mine), once youve been to see the tourist hot spots there really isnt much else to do. And I imagine this would be the same for any city break. So thats something to bear in mind in the future.

Anyway, so ive been fighting the urge to buy new things for my trans side for a long time, fueled by the fact that I havent been indulging it since May. Not only that, but my other half doesnt like me spending money on girls clothes partly because im not really using them at the moment, but also when I am wearing them, im not wearing them often enough to justify the cost (to her).

But while we were there we went shopping around loads of little boutique shops and came across a place called Black Box boutique (which is sadly closing early next year), and I found a necklace that frankly I couldnt say no too. I didnt buy it straight away and left it for a while, but since we swung back that way I persuaded my gf to go back so I could buy it. She was obviously not happy but I went ahead and bought it anyway. My first piece of boutique jewellery! 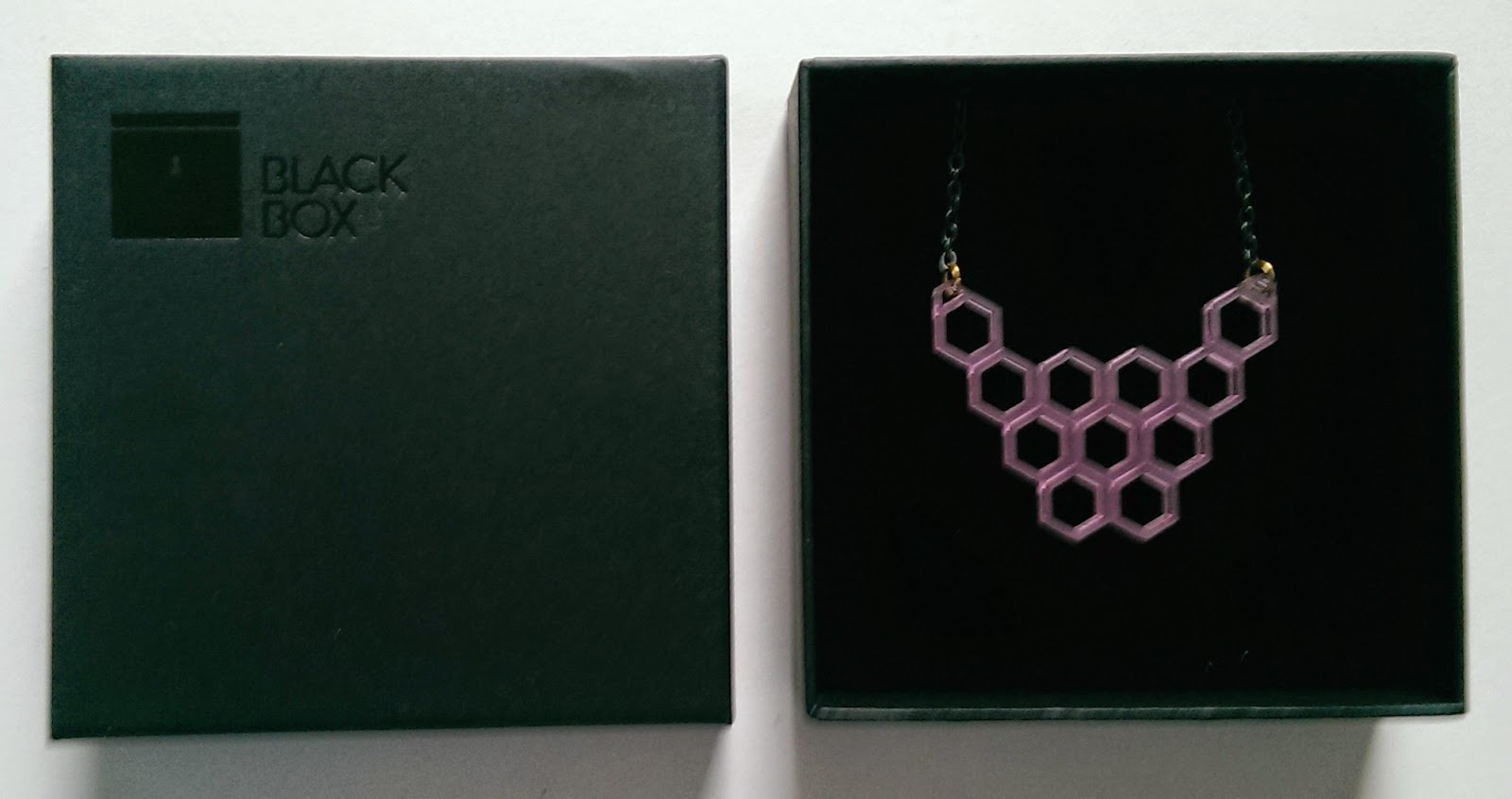 Its not really a feminine piece, but thats one thing I like about it. Im not really a fan of 'extreme femininity', delicate pieces of jewellery, extreme makeup, vintage clothing, floral designs (in most cases), feminine detailing like unnecessary buttons as embelishments and so on (although I do have a love of sequins, it doesnt matter how bad they scream DRAG QUEEN!). I suppose in some way this is probably my male side influencing how I want to look, simple styles, simple patterns and colours, bolder jewellery and so on. And I think the necklace I bought definitely appeals to this. I think if I was really a girl, id definitely be a bit of a tomboy.

When I was in London last year with a friend Christmas shopping, we were going to loads of boutique places, and in one our friend said that she didnt really like the jewellery in there because it wasnt very feminine, and that it had "obviously been designed by a man' (or something along those lines). I dont think wearing or liking less delicate/vintage items is less feminine, I suppose its just less delicate. Feminine can be big, bold and strong too.

Since coming back from holiday, ive just spent more money on some new clothes from one of my favourite online stores. I really want to get back into it and I think I need some fresh new clothes to do it (any excuse eh?). I could have spent a small fortune there but deliberately took out some of the more expensive items (and most of the party dresses too!) and some of the things that I probably wouldnt wear as often to help keep the costs down. So all thats left is a few dresses, skirts and jumpers. I just need to find space to keep them all now! Im seriously thinking about having a clear out of some of my older things that im just not going to wear, I just need to get off my bum and do it.

This week is going to be the week that I finally get to be me again. Im building it up slowly towards the weekend, and then im really going to indulge my female side I think. My gf is away so ive got the house to myself. I dont know what to do though really, any suggestions anyone?
Posted by a part time girl at 14:47